Energy expert Michael A. Levi discusses the impacts of climate change on energy security in the United States and South Asia.

On the same day, leaders from any given country may discuss ways to generate electricity for its citizens without harming the environment as well as assess military threats posed by other nations. Do these topics seem oceans apart? On the contrary, the worlds of policy, climate change and national security have more in common than might meet the eye.

The director of New York City-based Council on Foreign Relations’ program on energy security and climate change, Michael A. Levi specializes in studying the nexus of energy and environment, policy and technology, and security issues around the world. Levi visited Hyderabad and New Delhi in 2013 and interacted with academicians, students, policymakers and industrialists.

Excerpts from an interview.

Please describe your role at the Council on Foreign Relations.

I direct our Maurice R. Greenberg Center for Geoeconomic Studies and I’m also a senior fellow for energy and environment. I do everything from research and writing to public speaking, organizing events and working with colleagues to help them be effective. There’s no typical day.

Earlier in my career, I focused on nuclear security and spent time thinking about U.S.-India cooperation in that context. More recently, I’ve thought about India in the context of climate diplomacy, clean energy and natural gas production. American analysts often focus on China and spend very little time thinking about India. I think that’s unwise. 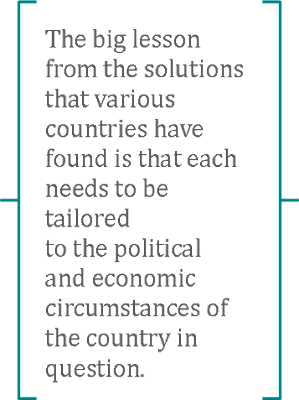 In a nutshell, how would you explain what climate change means and why it’s so important to understand?

Climate change refers to shifts in global temperature, precipitation and other dynamics that result from human activity. Climate change is important because climate affects everyone, and human actions have the potential to be highly disruptive over the coming decades and centuries.

How would you define energy security?

Energy security is much more ambiguous. Everyone has their own definition, but, roughly speaking, the intersection of energy and security is important. Energy has long been a major factor shaping the global security environment. Whether you look at World War II, the Iraq War or Middle East politics over the last half-century, you see energy and security deeply intertwined.

How do you see the U.S. policy on climate change and energy security impacting India?

U.S. energy and climate policy toward India has been increasingly focused on practical actions rather than high-level diplomatic outcomes. I think that’s the right direction.

The U.S. and India have a lot they can work on together that might seem technical, whether that’s financial structures for solar energy or crafting regulations for natural gas development. But, those sorts of things are ultimately what transform energy systems and their security and climate impacts. There will obviously be places where the two countries disagree—energy sanctions in Iran is one obvious case—but that shouldn’t overshadow the opportunities for cooperation.

What are some of the biggest challenges that the United States and other countries face when it comes to climate change and energy security?

Dealing with both climate change and energy security requires large transformations to energy systems. Energy systems involve trillions of dollars that have been sunk over decades. A lot of people rely on the existing systems. Changing anything that large requires decades and, in some cases, the benefits won’t be seen for a long time to come. All of that makes transformation much more challenging.

What are some of the solutions?

The big lesson from the solutions that various countries have found is that each needs to be tailored to the political and economic circumstances of the country in question. What works in Germany won’t necessarily work in the U.S., and what works in the U.S. won’t necessarily work in India. It’s important to scour others’ experience for lessons, but it’s equally important to be careful in applying those lessons to the circumstances at hand.

What can we all do to help?

What fascinates me about energy and climate is that you can approach it from so many directions. You can look at it through the lens of engineering, political science, law, business, design and so many other areas. If young people are interested in these issues, they should find a way to get involved that allows them to also pursue the other areas that they are most excited about.

Can you describe your recent experiences visiting India?

The diversity of people I met with in Hyderabad and New Delhi was extraordinary. I typically meet with policymakers and businesspeople. This experience gave me the opportunity to meet with a diverse group of both of those, as well as with students and other community members. I found that exciting and interesting. The visit reinforced, for me, how different the circumstances in India are from those within the United States, and also the extraordinary value that working together can deliver.

Michael Gallant is the founder and chief executive officer of Gallant Music. He lives in New York City.

Disclaimer: This site is produced and maintained by the U.S. Embassy New Delhi. Links to other Internet sites should not be construed as endorsement of the views contained therein. The opinions expressed in the content do not necessarily reflect the views or policies of the U.S. Government.